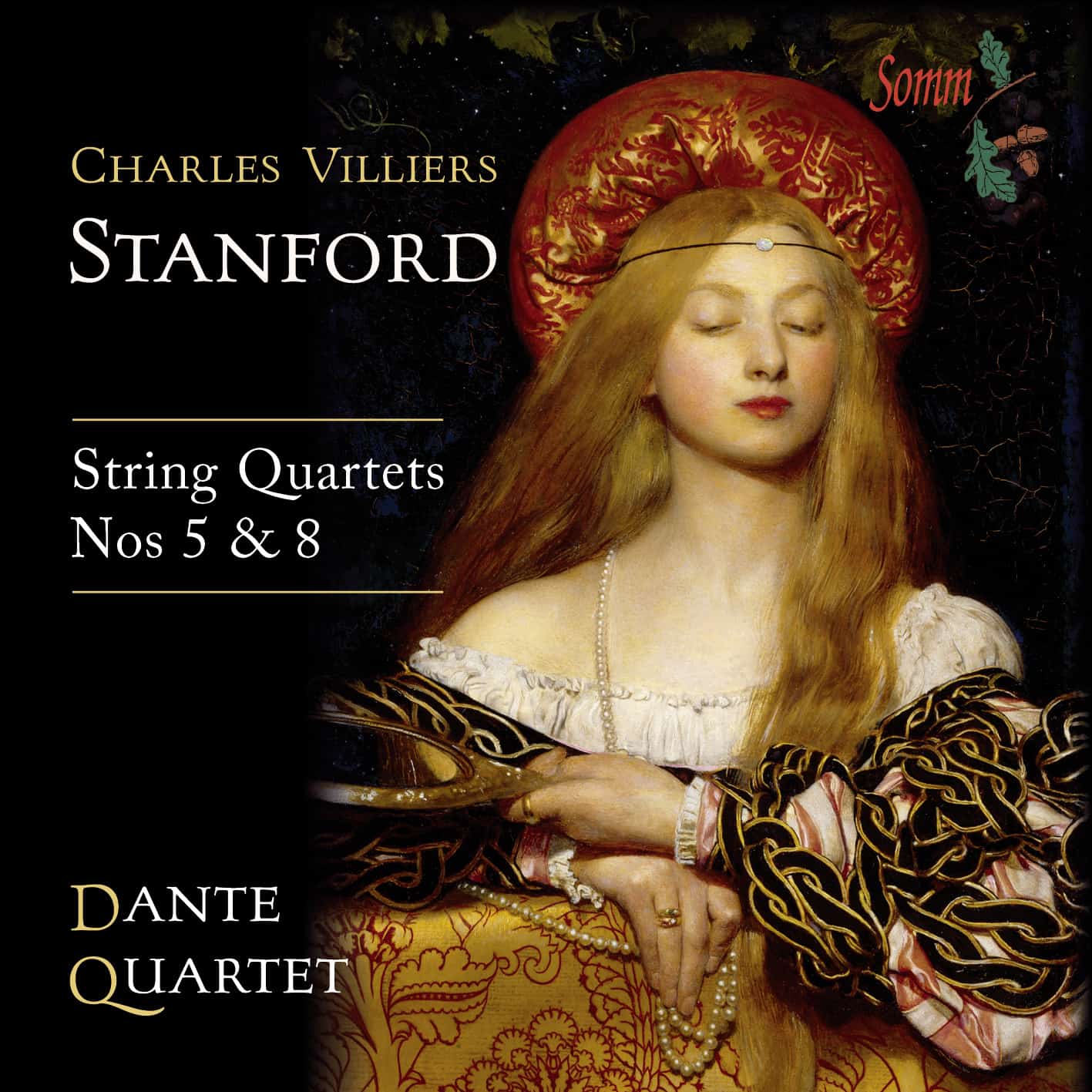 The start of a significant new series of String Quartets which, quite unbelievably, have never been recorded before (apart from Nos 1 and 2), and these are the Eight Quartets by Sir Charles Villiers Stanford. This first disc, recorded for SOMM by the Dante Quartet, one of Britain's finest ensembles, contains Quartets Nos 5 and 8 and on the evidence of this first disc, they deserve to gain their rightful place among the great quartets of the early 20th century. They are a major body of work written between 1891 and 1921 and have rarely been performed, even though they are an eloquent witness of Stanford's undoubted ability as a composer of chamber music. 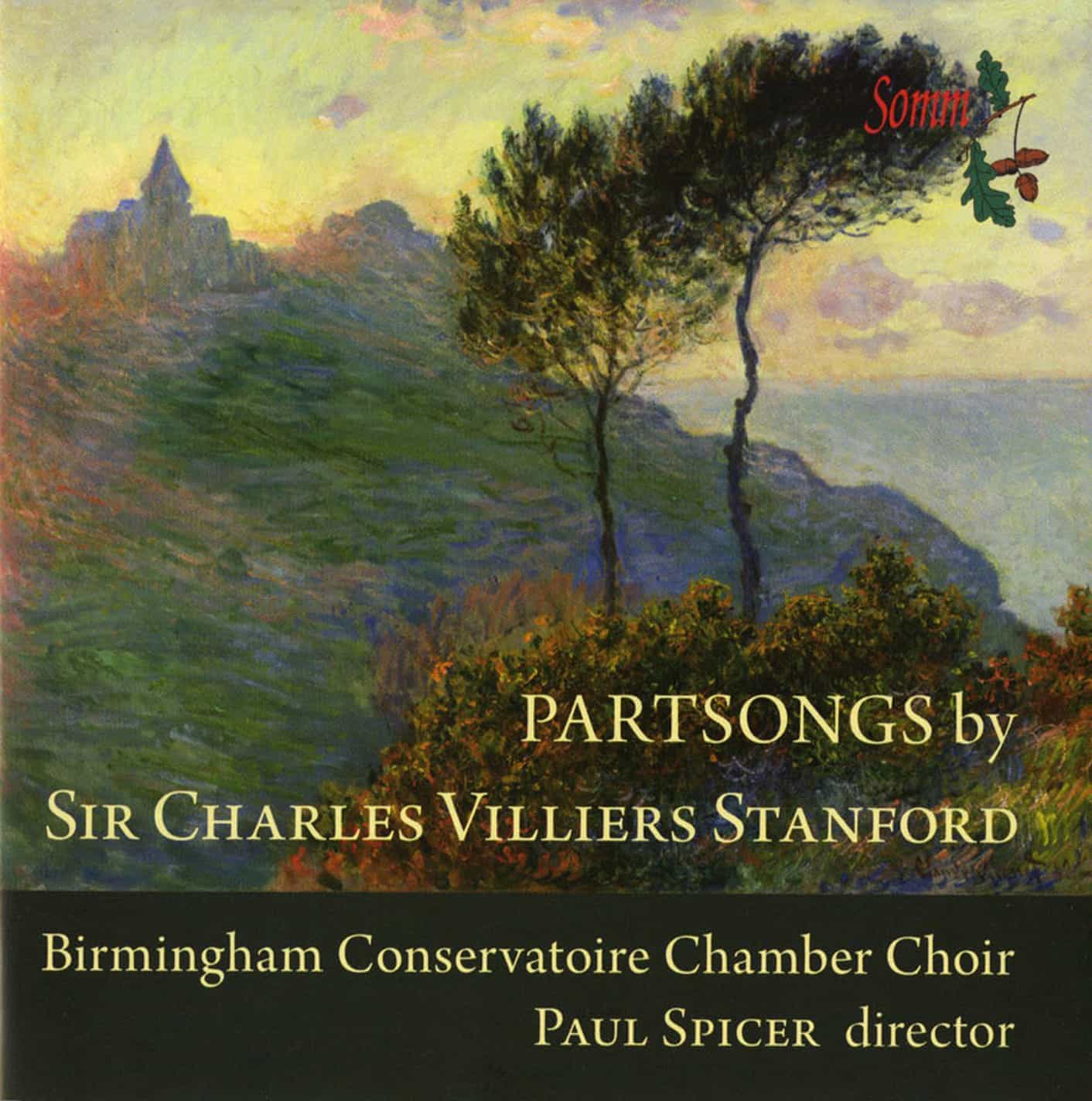 There has been renewed interest in the music of Sir Charles Villiers Stanford recently and with the kind support of the Stanford Society, SOMM now turns the spotlight on Stanford’s Partsongs in the second of a series of recordings with the Birmingham Conservatoire Chamber Choir who have become one of Britain’s best choral groups in recent years, under the direction of Paul Spicer.

Stanford’s church music as well as the orchestral and chamber music are well represented on disc. Some of his secular songs have, in the past, been performed and recorded yet his 60-or-so partsongs are far less well known.

This is the first CD fully devoted to Stanford’s partsongs. In addition, the beautifully crafted eight Partsongs Op. 119 set to poems by Mary Coleridge (The Witch, Farewell My Joy, The Bluebird, The Train, The inkbottle, The Swallow, Chillingham, My heart in thine),  appear on CD as a complete set for the very first time. SOMM’s recording also contains 9 Songs, which are premiere recordings (Diaphenia,  Corydon Arise, A Dirge , Peace Come Away, To Chloris, On a hill, Like Desert Woods, To his flocks, A lover’s ditty, Praised be Diana). 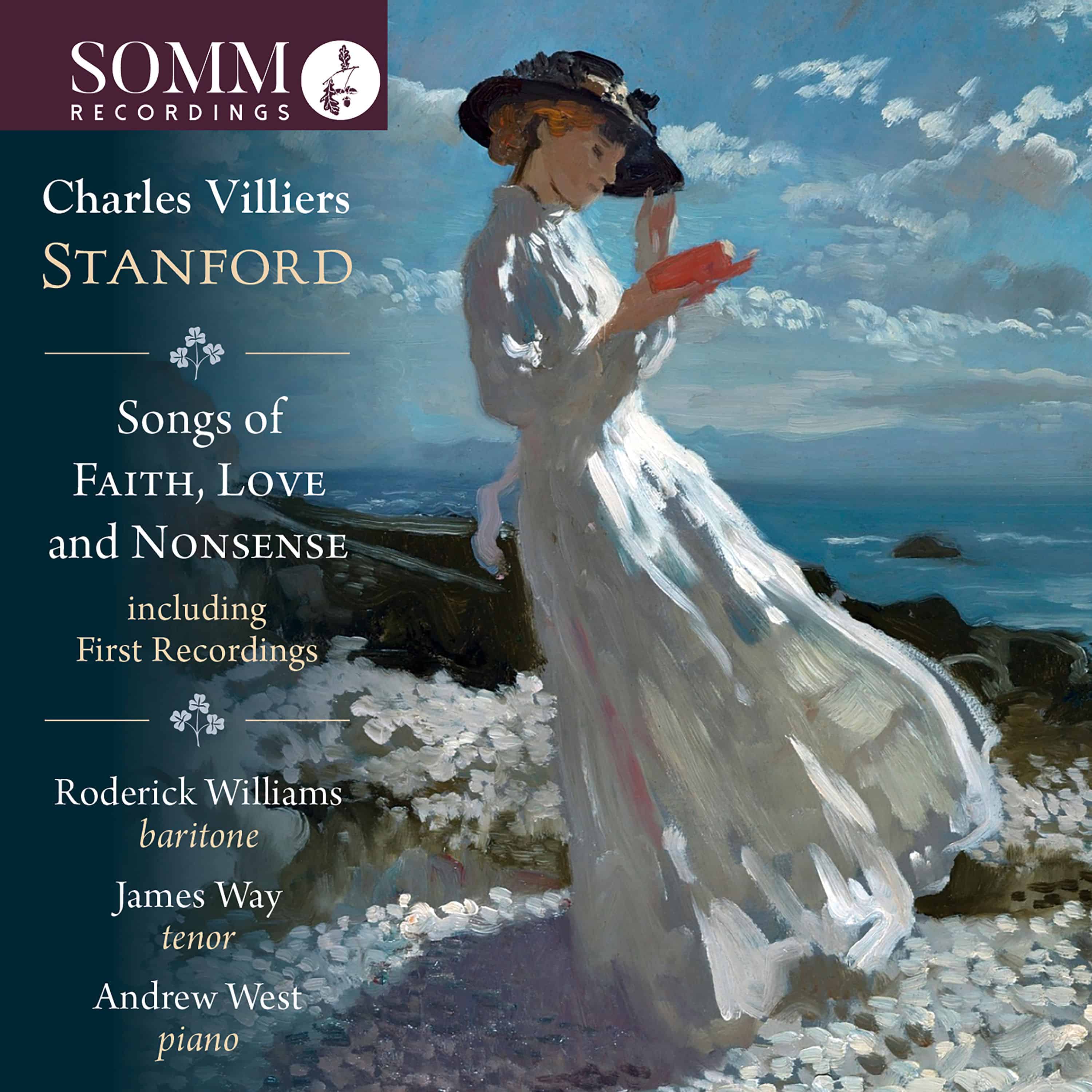 SOMM RECORDINGS announces a major new recording of songs by Charles Villiers Stanford including the first complete recording of Songs of Faith and 12 first recordings of other distinctively vital songs.

Songs of Love, Faith and Nonsense continues SOMM’s widely acclaimed commitment to Stanford’s music with baritone Roderick Williams, tenor James Way (making his SOMM debut) and pianist Andrew West throwing revealing new light on his gift for word setting and the variety of his responses to matters of emotional ardour, spiritual fervency and the sublime nonsense poems of Edward Lear. 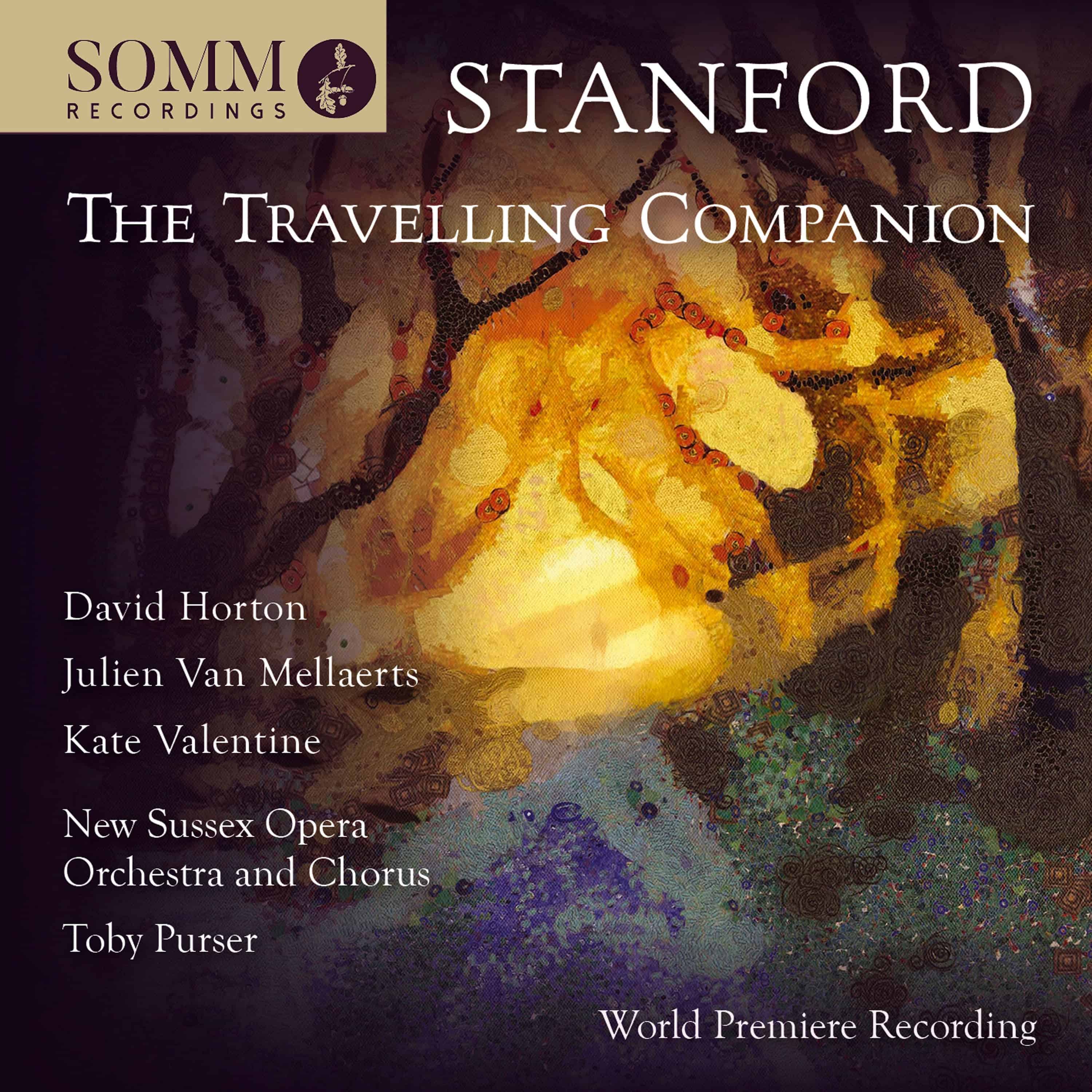 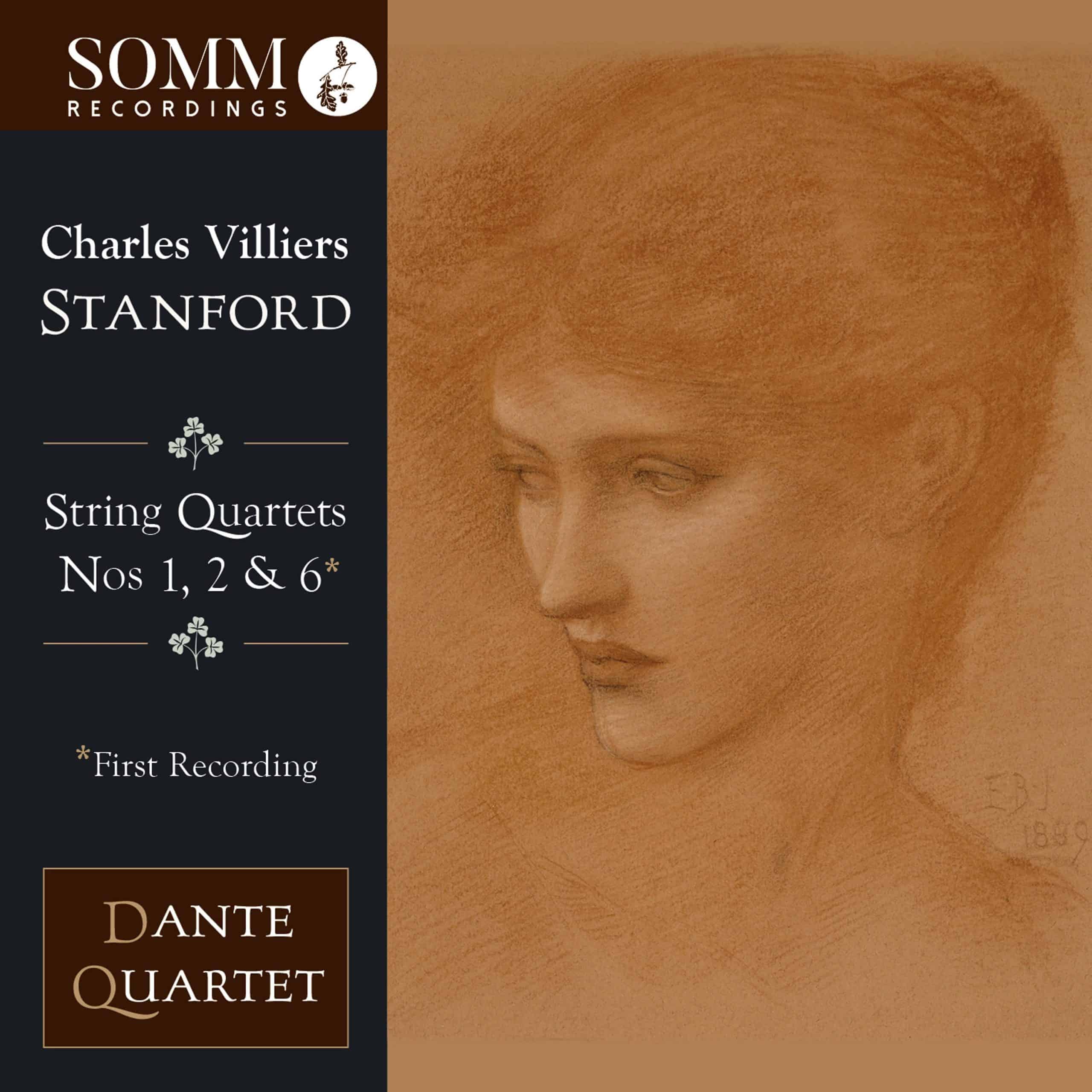 SOMM’s historic complete survey of Charles Villiers Stanford’s String Quartets by the Dante Quartet reaches its end with a third volume focusing on Nos. 1 and 2, and the first recording of No. 6.

Already acclaimed as a composer of choral music, Stanford came relatively late to the string quartet form, composing his first two at the age of 39 in 1891. Six more followed over the next three decades, including the Op. 122 String Quartet, No. 6 in 1910.

This final volume features the early String Quartets, Opp. 44 (No. 1) and 45 (No. 2) which share a concern for meticulous use of individual instrument voices and a leaning towards lyricism. Allusions to Beethoven and Mozart are contained within Stanford’s own beautifully crafted music. 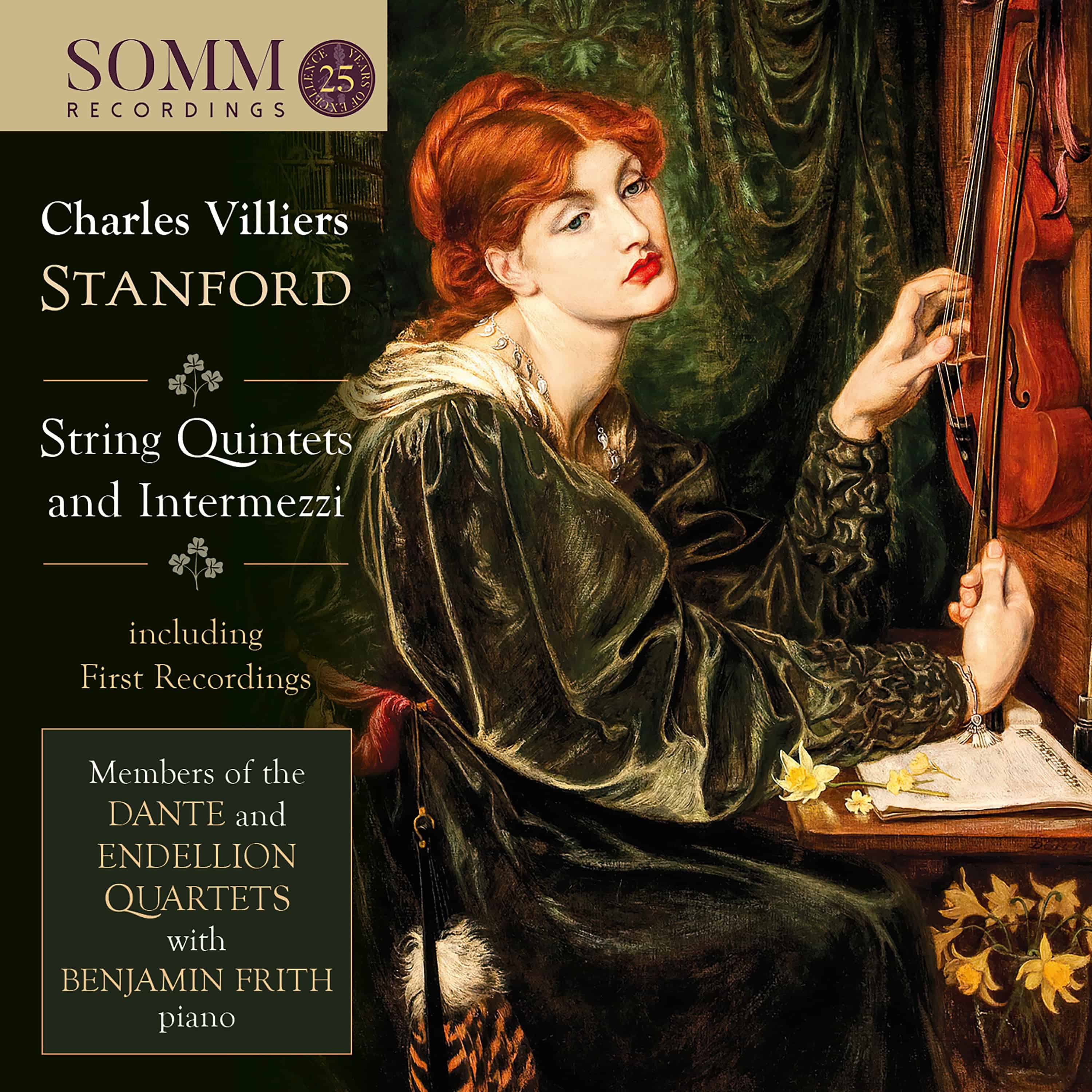 A unique collaboration between members of the Dante and Endellion Quartets, together with pianist Benjamin Frith, sees first recordings of the String Quintet No.2 in C minor and the arrangement of the Three Intermezzi. 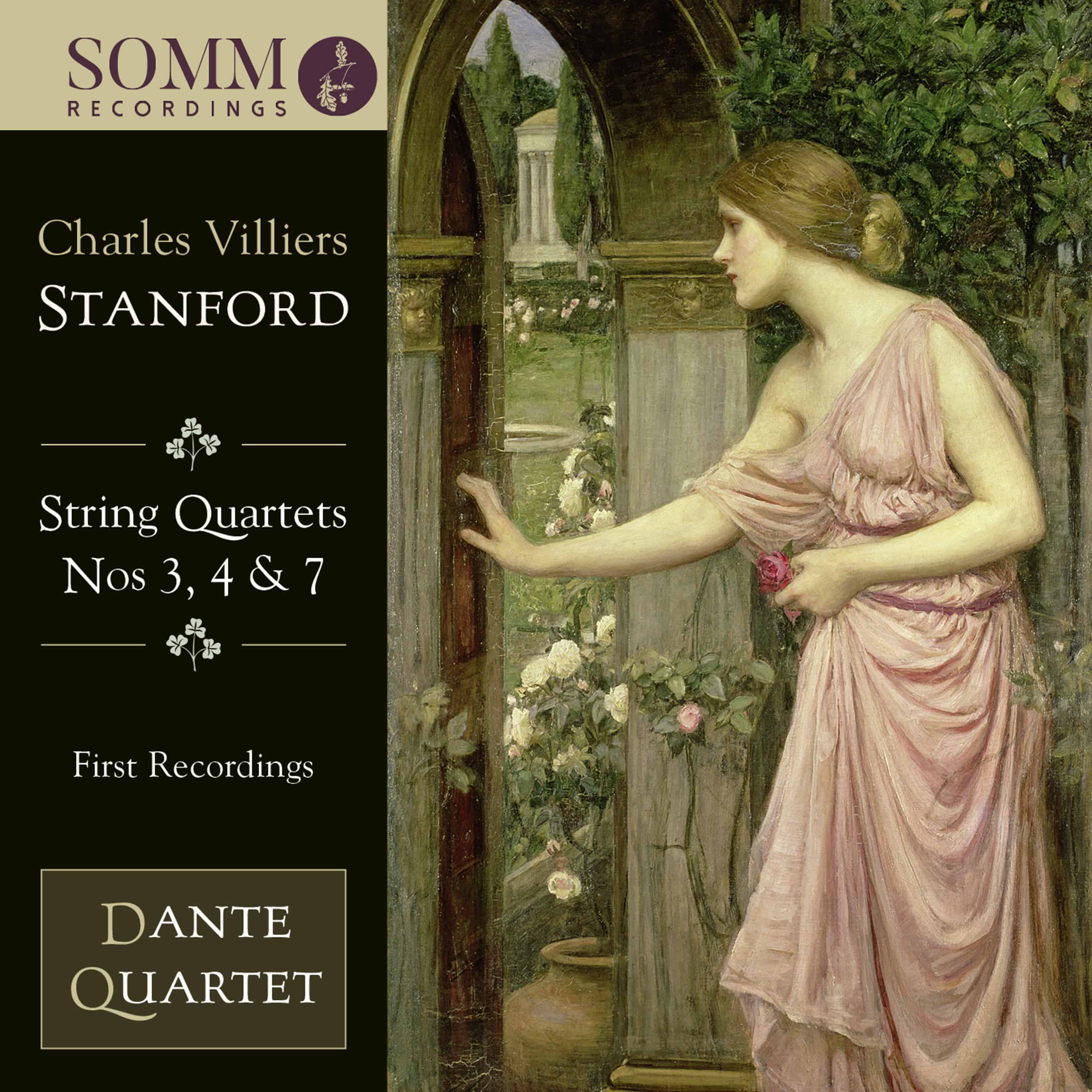 Stanford came late to the string quartet form, composing his first two in 1891 aged 50 and trailing glory behind him as an acclaimed composer of choral music. His Third Quartet followed five years later. Dedicated to “my friends the Joachim Quartet” (its leader Joseph Joachim the posthumous dedicatee of his Fifth String Quartet) it moves from stern agitation and lyrical poise to introspective intensity before ending with a ferocious, dance-like finale.

A Century Of English Song, Volume 2 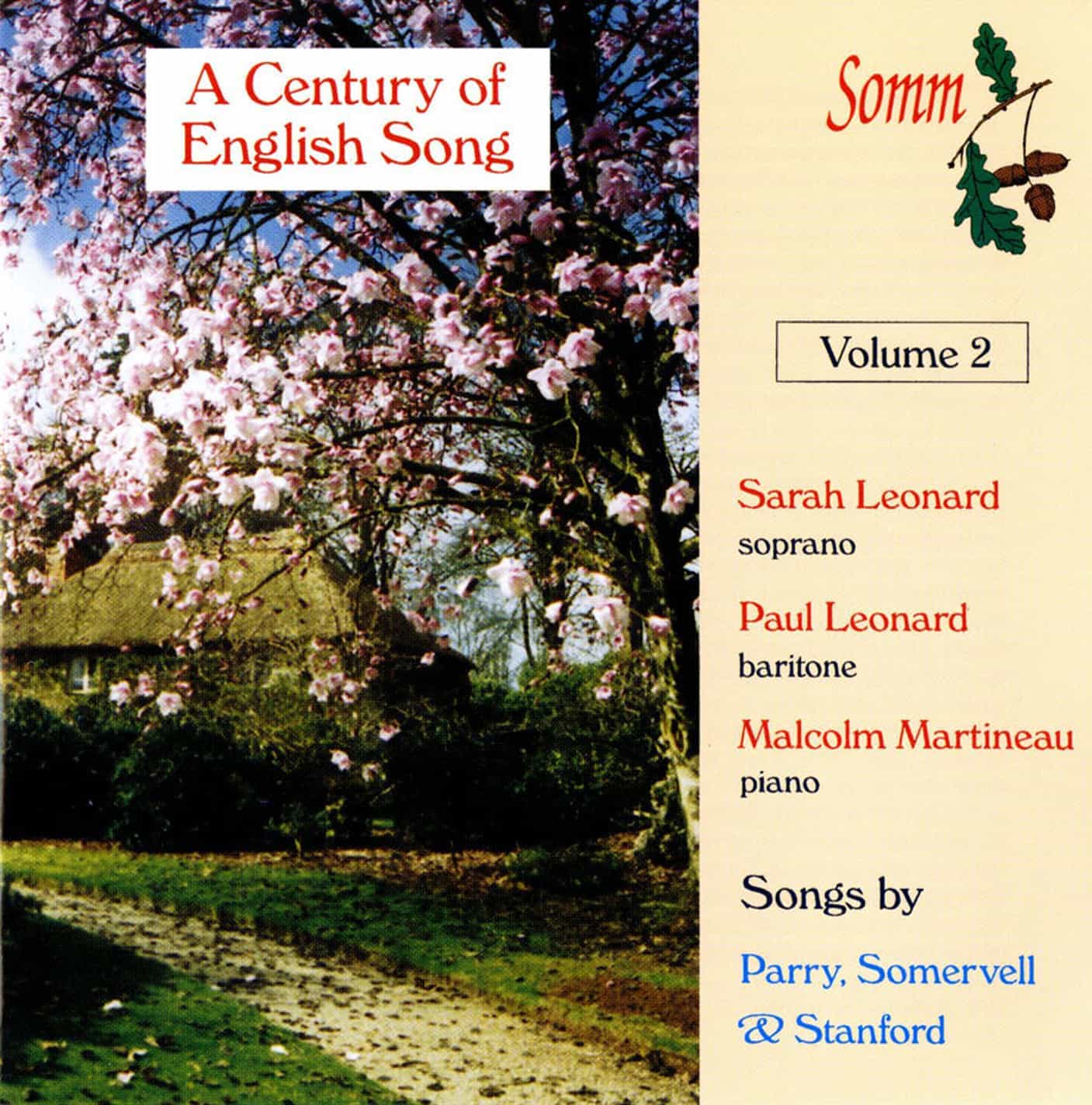 This CD is devoted to Parry, Somervell, and Stanford, three of the greatest songwriters of the Late-Victorian Renaissance. Parry is considered to be a very fine composer indeed, and this collection includes some of the best of his songs. The Stanford songs are, perhaps, better known, and Somervell’s setting of the Shropshire Lad cycle is more than just a minor masterpiece. A rare treat!

Composers at the Savile Club 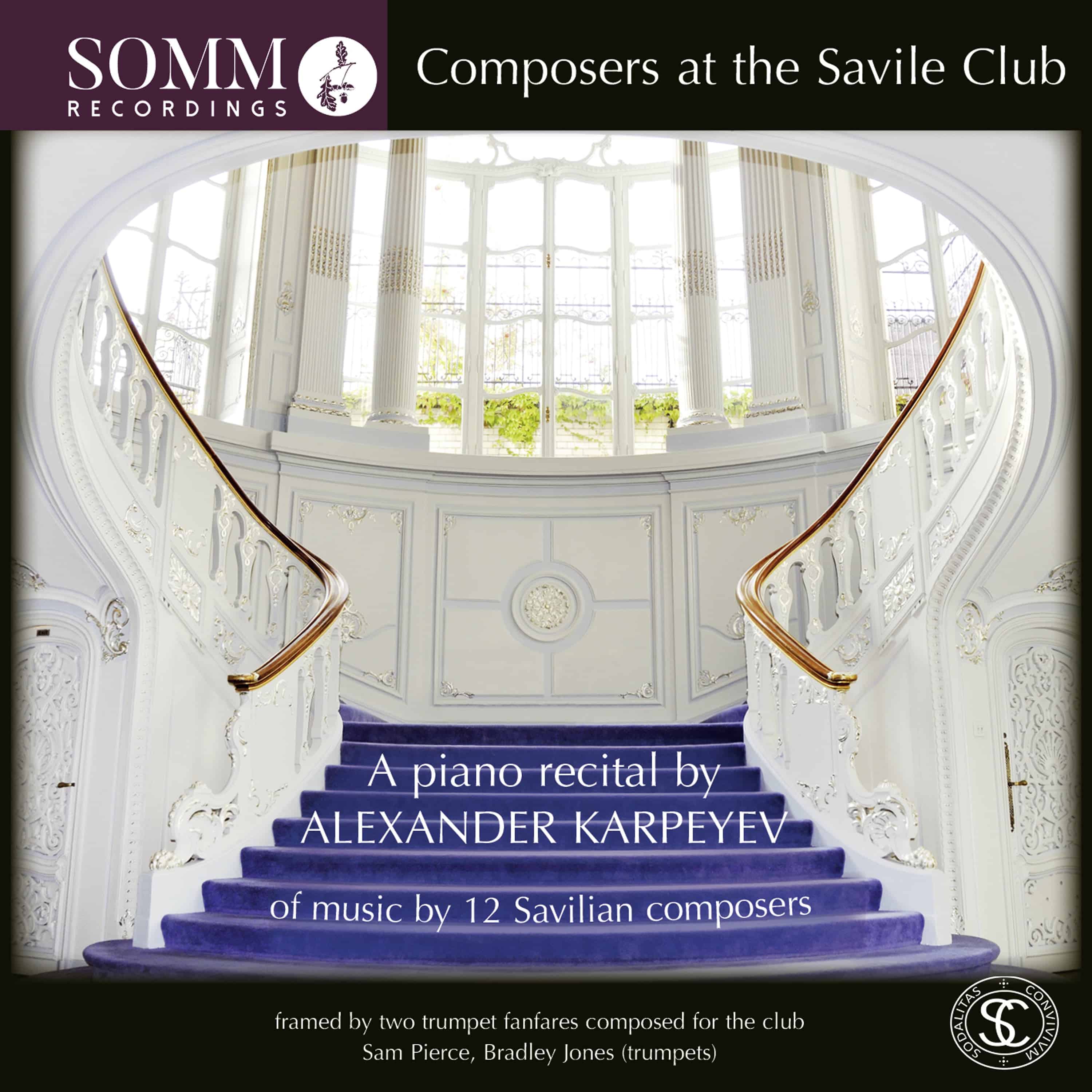 SOMM Recordings is pleased to announce the first commercial release of Composers at the Savile Club, pianist Alexander Karpeyev’s vivid and varied recital celebrating the 150th anniversary of the venerable London club.

Devised by Karpeyev and Jeremy Barlow (who will celebrate his 60th year as a Savile member in 2020 and also provides informative booklet notes) the recital includes music for solo piano by 11 leading Savile members to chart the development of British music from late romanticism to modernism – and back again. 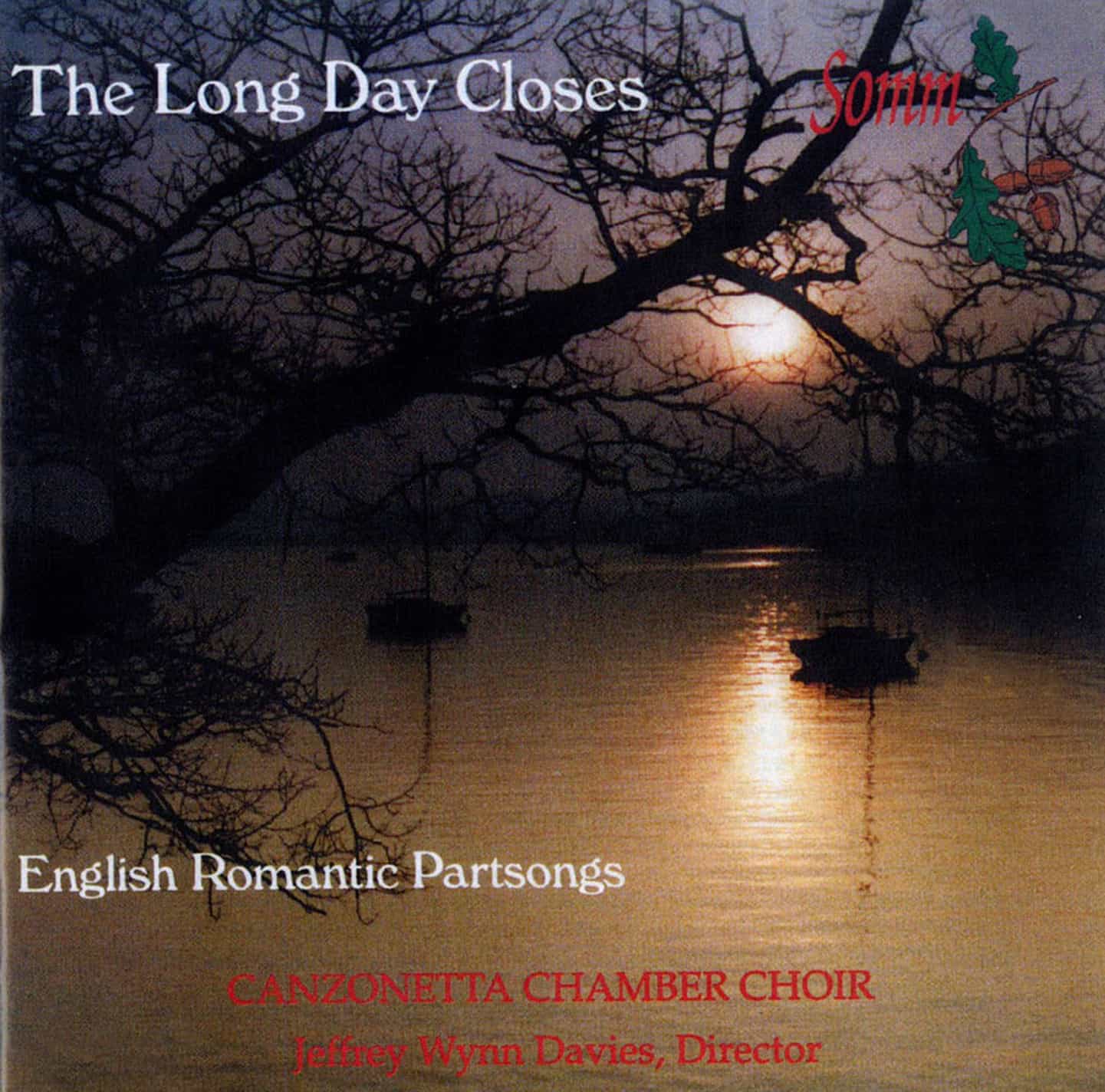 21 selections of beautiful poetry set to beautiful music. This is “easy listening” at its best. The Canzonetta Chamber Choir rises superbly to the occasion.