The result is a fascinating conversation between past and present in which Beethoven’s mastery of the form prompts illuminating – and often surprising – commentary from entirely modern perspectives.

Volume II includes Beethoven’s three most substantial Sonatas – Opp.30 No.2, 47 and 96 – and the enigmatic A major (Op.30 No.1); works that go to the very heart of the composer’s life, aspirations and music.

New here are complementary and contrasting works that include Kurt Schwertsik’s probing, sincerely touching two-movement Unterwegs Nach Heiligenstadt, which begins in angst and ends in sublime C major; Matthew Taylor’s whirlwind Tarantella Furiosa, a virtuosic encore of sorts to Beethoven’s Kreutzer Sonata; and Philip Ashworth’s Air, a lilting, lyrical commentary that seems to offer a response, in its conclusion, to Beethoven’s famously rhetorical query “Must it be so?”

David Matthews’ Sonatina completes the new commissions in a compact, concentrated form that emulates Beethoven with almost forensic attention to detail, even while opening out his interrogation of the Op.96 Sonata (Beethoven’s last such work for violin and piano) with challenging demands on both violin and piano.

Beethoven Plus was presented in a series of concerts by Krysia Osostowicz and Daniel Tong (who provides informative booklet notes) at the Kings Place, London in 2015 and has since been performed in leading venues around the UK.

Reviewing Volume I, Gramophone hailed “Osostowicz and Tong’s interpretative style [as] patient, affectionate, warmly conversational, sensitive to harmonic detail”, its reviewer adding: “I think I may have sighed with pleasure”.

“It’s an elegant idea, and it has paid off. … aside from being very winning in its own right, Kurt Schwertsik’s Unterwegs nach Heiligenstadt prepared the way for Op. 30 No. 1 so effectively that I genuinely found myself listening to the Beethoven with new ears. Matthew Taylor’s Tarantella Furiosa emerges compellingly… David Matthews’s Sonatina… [is] so rich, touching and tuneful… a delicate balance between depth and playfulness that’s hard too beat amongs contemporary [Beethoven] versions, and the rapport between the players is clear right from the start. For live recordings, the sound quality is outstanding.” —Stephen Johnson, BBC Music Magazine Five-Star Review 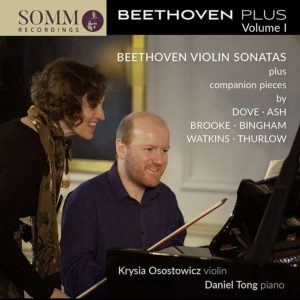 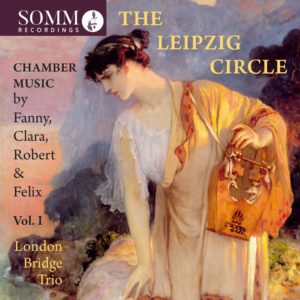 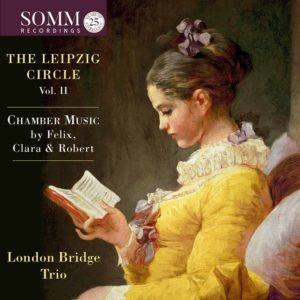