Receiving first recordings are Jacobson’s own joyfully virtuosic transcriptions for four hands/one piano of two Gershwin classics. Described by Gershwin as “the most modern music I’ve attempted”, An American in Paris takes four sailors from the epicentre of New York to the heart of Paris during its celebrated Années folles. It marked a significant development in orchestral technique for the composer, a quality accented by Jacobson’s exciting new arrangement.

Revelling in even greater sophistication, the Second Rhapsody was, claimed Gershwin, “the best thing I have written”. Distilling its crafted innovation, Jacobson’s articulate new transcription makes a persuasive case for a curiously undervalued masterpiece. Transcribed by Henry Levine, Gershwin’s ever-popular Rhapsody in Blue brilliantly distils the euphoric paean to New York and what Robert Matthew-Walker’s informative booklet notes describes as its “seamless outpouring of melodic invention”.

Matthew-Walker’s notes also reveal how the influence of a shared Russian heritage led to a new vibrancy in American 20th-century music as epitomised by Gershwin and Bernstein, two hugely influential masters of form and colour. John Musto’s acclaimed two-piano transcription of Bernstein’s Symphonic Dances from West Side Story captures all the drama, poetry, romance and wit of this ground-breaking score while sacrificing none of its blazing ardour and energy.

Jacobson and Brown’s previous SOMM release was a wide-ranging recital including Busoni’s Fantasia contrappuntistica and music by Satie, Debussy, Casella, Poulenc and Anthony Herschel-Hill (SOMMCD 0178). Hailed by Fanfare as “a magnificent record… an urgent necessity for any music- lover who takes their interest in the art seriously”, MusicWeb International declared it “impressive and revealing music for two pianos. Rewarding for the adventuresome listener”.

“the arrangement is perfectly clear, so that the listener can hear a considerable amount of the musical detail. This two-piano version of the Symphonic Dances was created by the American pianist and composer John Musto. … Gershwin regarded the Second Rhapsody as “the finest thing he had written”. Listening to it uncovers a subtler, more nuanced style of writing. … This performance for four hands on one piano was devised by one of the pianists, Julian Jacobson. It is absorbing and enjoyable, and it amply reveals “its subtleties and creative development”. … The final work on this CD is Henry Levine’s 1943 transcription of Gershwin’s best known concert piece, Rhapsody in Blue. Levine’s arrangement makes crystal clear the continuous outpouring of melody, piano figurations and jazz-inspired clichés. All the excitement, pizzazz and romance of the original score are retained, and often enhanced, in this exemplary recital. Enough said: great playing by Julian Jacobson and Mariko Brown, excellent liner notes, and a splendid recording.” —John France, MusicWeb International

“This album has been a constant in my CD player since I received it for review and is a 5-star recommendation.” —Peter Burt, Light Music Society 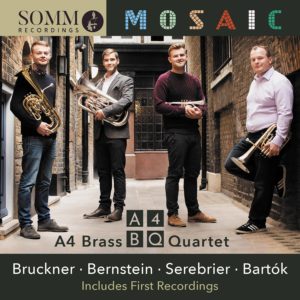 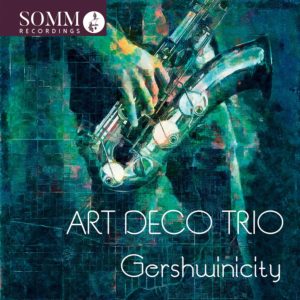 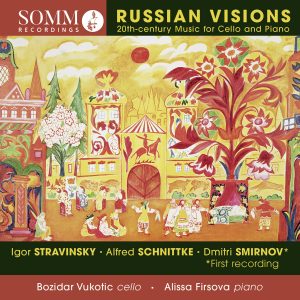